I’ve wanted to post on here again for quite some time, but I honestly haven’t had a clue of what to say. I’ve been a little overworked and thus lacking in the creative department lately, so I’ve just been pushing this whole blogging thing aside in hopes of getting a giant spark of inspiration at random that causes me to drop everything I’m doing simply so I can come on here and write.

Well, that hasn’t happened and probably is never going to happen, so instead of continuing to wait, I’m just gonna start rambling on about anything that pops in my head. I think I’ll call it idea roulette, for reasons that are hopefully obvious to everyone out there. This’ll be fun — probably more so for you than me, but fun nonetheless. So let’s get started!

First up, I’m heading to South Korea this week. Yup, South Korea, about as far away from Pennsylvania as I can get. This is a trip that’s been several years in the works, and I’m so, so excited for it to finally be here. Like, it doesn’t even feel like it’s actually happening. But then again, it does, which really stresses me out.

I’m gonna be traveling with a friend who lives there the whole time, but it’s still a little freaky to think about being so far away from home. Like, for the next six weeks, I’m gonna wake up in the morning, and all of  my family and friends will still be living out their lives in the day before. What?? I’m gonna be ahead of basically everyone else in the world time-wise. Isn’t that insane?? I’m so used to being behind everyone else! It’s gonna be so freaky!

But I guess I’ll get used to the change pretty fast, so long as the jetlag doesn’t destroy me first.

Oh, but I’m going to be taking so many pictures while I’m there, omg. (Super sorry for continuing to talk like the 20 year old that I actually am in this post.) I literally can’t wait for all of the beautiful things I’m going to have the chance to photograph. It’s gonna be INSANE. So follow me on Instagram if you like photography, cause there will be a ton of [hopefully] awesome travel pictures appearing on there every single day.

Shameless self promotion, I know. More to come in a bit.

I’ll also make a conscious effort to blog multiple times a month while I’m there, so don’t worry about me falling off the face of the earth once again. I’ll probably be exhausted from walking around so much everyday, but I’m gonna force myself to get up early and blog (as well as edit vlogs and talk to my family back home lol). And I’m sure my homegirl who I’m staying with will also help me stay motivated and actually make me make posts lol. (Love you, Jenny ❤ ) So have no fear this time around. I promise I’ll still be here!!

So yeah, I’m going to Korea. That’s a thing. What else?

I’m still single lol, no surprise there. Cute men abound, but I just can’t bring myself to try to date any. I don’t want any of them. It’s very hard to explain the exact emotion that I feel toward relationships right now, so I’m not even gonna try. But just know that I’m still all mixed up and confused about everything. However, despite the constant confusion, I don’t hurt anymore. That’s a glorious thing.

(Sorry if I somehow quoted it wrong. I penned it off of memory. Anyway…)

I’ve obviously felt pretty lonely and down at times over the past few months. Now, I am very, very, very much an introvert who enjoys being left to herself to do her own things, which means that being single has really never bothered me, even when it’s lead me to feel lonely. Even now, despite everything, I’m virtually unfazed and thus have been very good at resisting the urge to simply choose a random suitor and start up a fling in order to fill the void. That kind of thing just doesn’t appeal to me — or normally doesn’t.

This time, however, due to all the circumstances surrounding my singleness, it appealed to me for just a second. I got a little too lonely and thus decided to break free from my norm of ignoring guys and try going out with a dude I met online (not through a dating website, just randomly online).

I never explained all the details of it on here and probably never will, but the dude, who’s the same age as me, started out great and then turned into a total DISASTER. We had two dates, and I left in the middle of the second one, stressed and anxious and reminded of the reason why I don’t want to try dating again right now. Or maybe ever. Who knows. It’s kind of nice not having to answer to anyone but God, tbh.

But anyway, that incident proved that the quote I showed you a few paragraphs ago is true. Anytime you try to find love just because you’re lonely, it’s never going to work out. You have to be wholeheartedly ready to find love, and so does the person you’re with. If both of you aren’t fully ready, it’ll never work. Ever.

Trust me, cause I know from experience.

Ah, but while we’re still on the topic of dating, I guess I should talk about the vacation I just got back from.

I spent 10 days in Aruba with some of my family, and it was amazing ❤ It was one of the best vacations I’ve ever had in one of the most beautiful places I’ve ever been. I vlogged the whole trip and have been posting the videos as often as my crappy computer is letting me. Check the vlogs out here, and pretty please subscribe. Pretty, pretty please. With more sugar on top than has ever been on top before ❤ I only have six subscribers. That’s pathetic and speaks nothing to the quality of videos I’m actually posting.

(Told you there was more self promotion.)

But anyway, while I was in Aruba, I got asked out on a date by a bartender at my resort. We had become friends over the days, and us going out was definitely more of a friend thing than anything (even though he made it clear multiple times that he thought I was beautiful and awesome and yadda yadda ya).

Well, he ended up hardcore standing me up, and we haven’t really spoken since lol, except for an awkward fake apology he tried to give me in front of my sister. What a guy XD

There was also this dude staying at the same resort as us who was super cute and who I could tell was interested in me. But nothing ever came of it cause he was from the Netherlands and spoke no English, and I speak no Dutch. Sad day 😦 (But also not really lol because he probably sucks, too. Or he’s the greatest guy in the world, and I should’ve tried to drop a “hallo.” Who knows. Only God does.)

And speaking of God, the past few months have basically been me just sitting back and letting Him take total control. Cause what else can you do? Our choices only intervene with the plan He already has set, so why not just let go, relax, and follow the course? He can only take us higher than where we are now.

Anyway, that’s all I can think of to say right now, other than happy Sunday, and isn’t Harry Styles beautiful??? 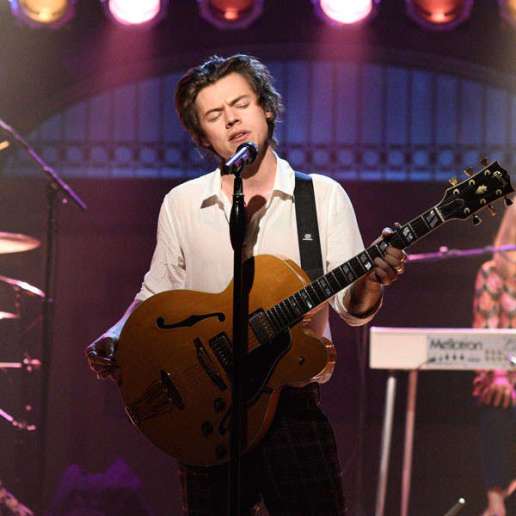 Thanks so much for reading my little game of thought roulette. Hope you enjoyed.

Leave a comment below. I'd love to know what you think! Cancel reply

The "Man" Behind the Madness

Man? Definitely not. Madness? Maybe. See for yourself.
But, warning: You won't find much under 500 words. 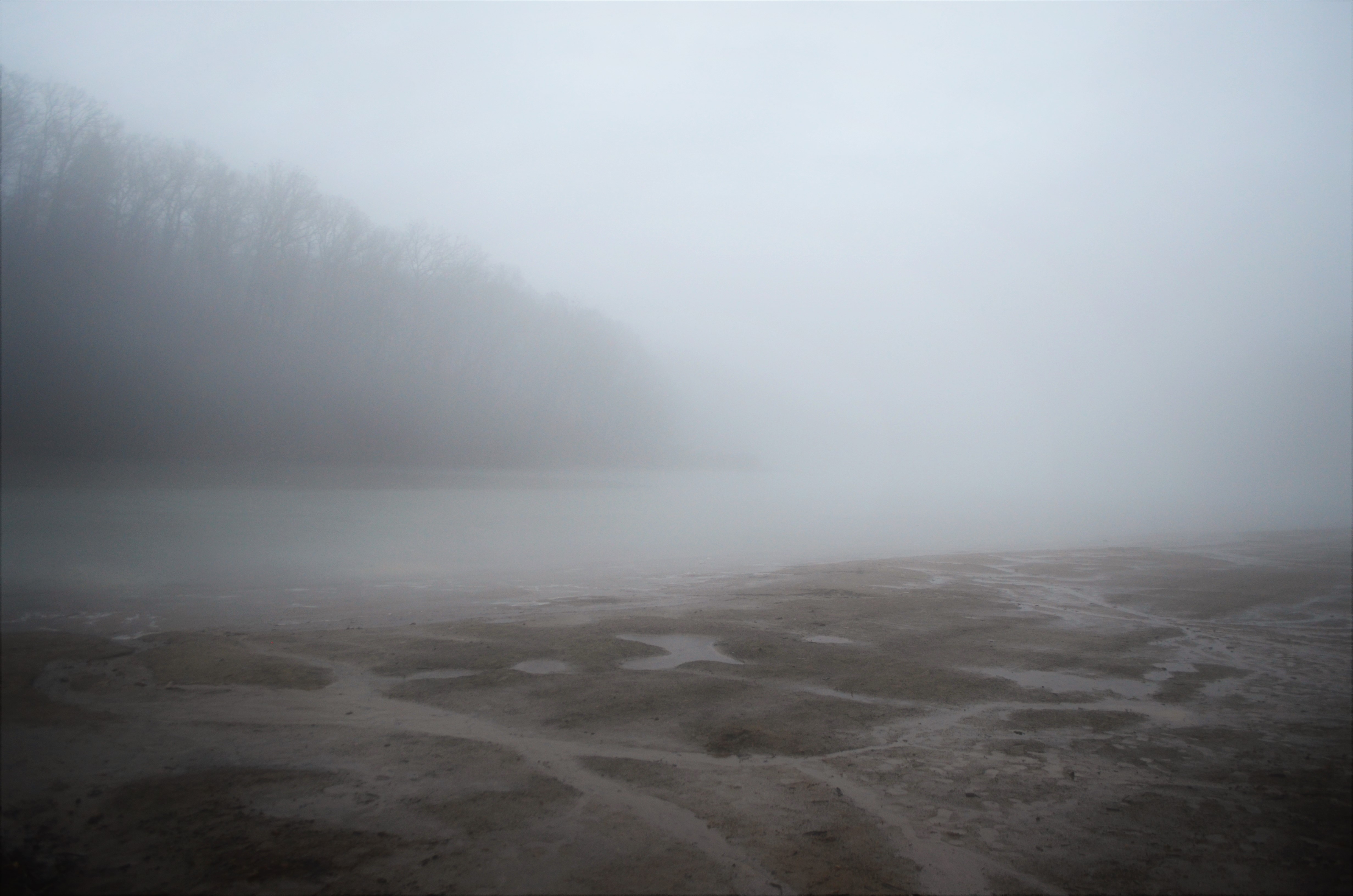 Hi, everyone 🙂 Look at me blogging AGAIN 🙂 I’m so proud 🙂 But this is technically cheating because I’m just copying and pasting a preview of my book. I actually posted a preview from Part 1 a few months ago on a different site that I’ve been using to put out other stories, and […] 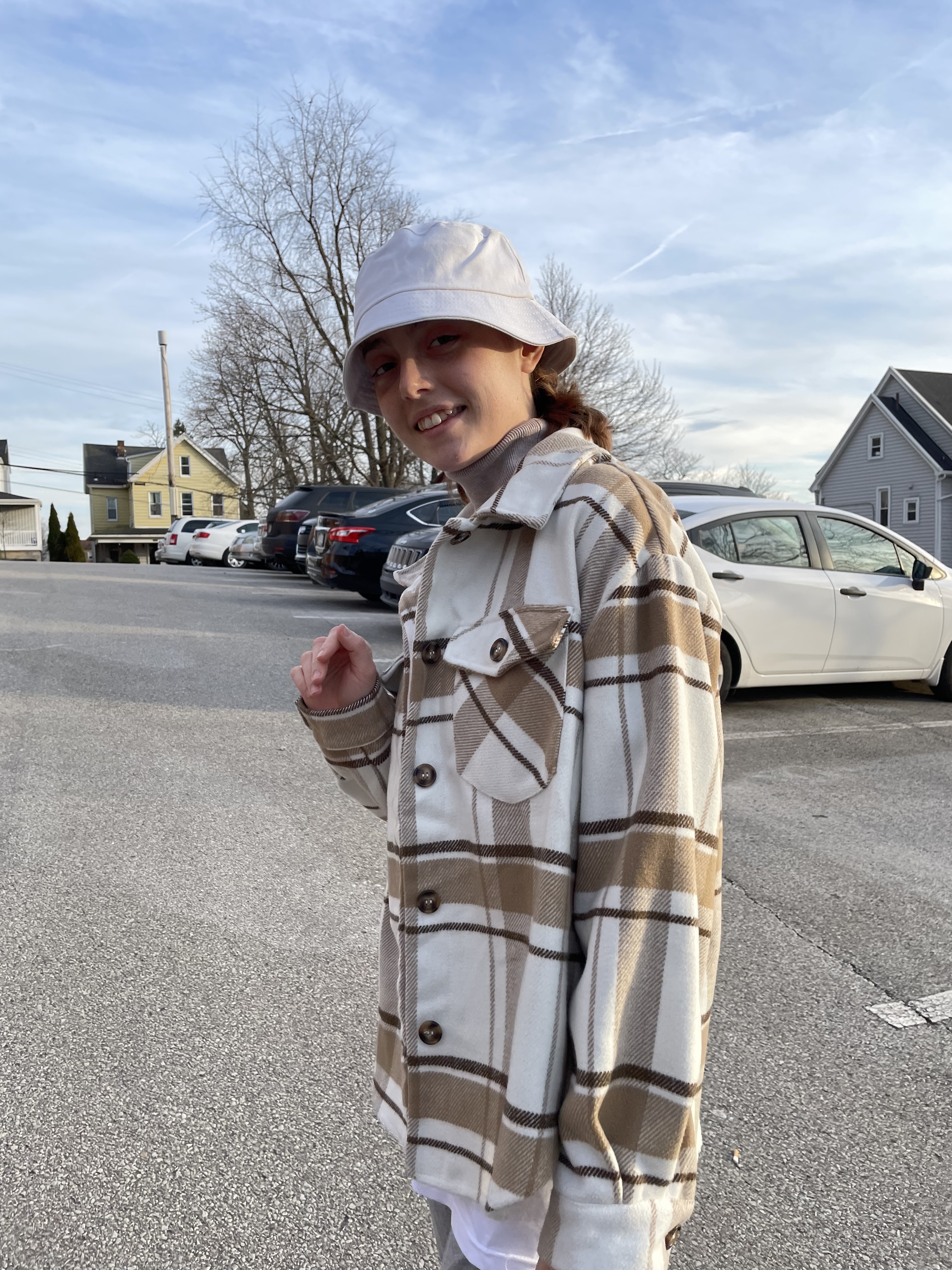 UGHHHHHHHHHHSGUF&%&^gEJBNVI4I873592HF^%^y#(*BAWLLHA(*hdibdkja That’s how I’ve felt since September, except back then, the feeling was slightly less and thus able to be verbalized. So, I wrote about it, thinking I’d get better, but ever since, things have simply spiraled until becoming absolute, pure, incoherent gibberish. S478&gdhbdhd%&%^(&BSIBVUHWt&guj#&*^&^RRYGgsichw8Y8h&% I reiterate because I need to get this feeling out. Honestly, […] 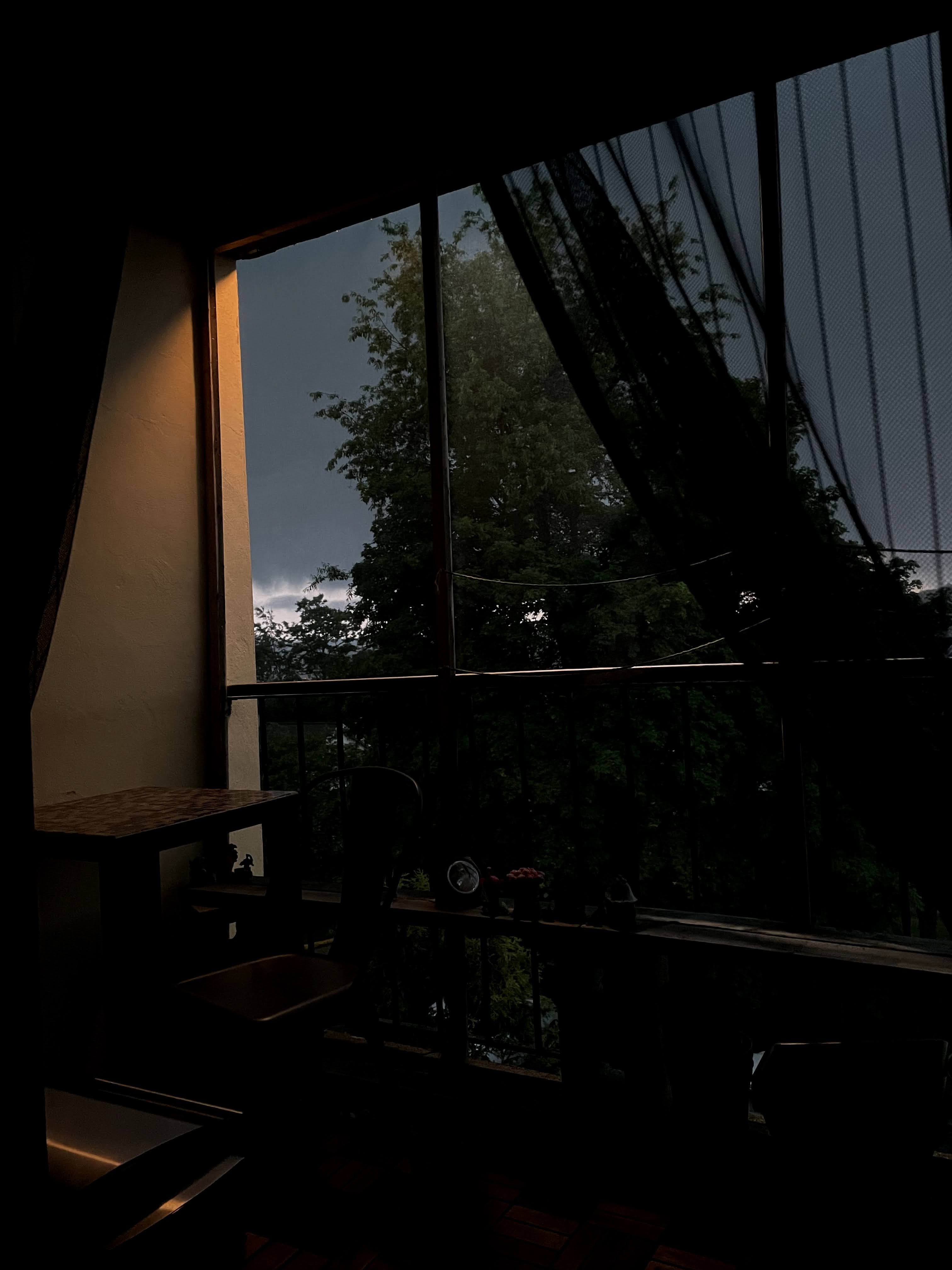 September… A soft, cool breeze after an endless, stifling, sweaty summer… The first calming normalcy after exhilarating, anxious, chaotic hubbub that just blurs together and flashes by… September… Lurking behind August, it’s the first gasp in a while where your chest actually expands, and you can finally feel some coolness in your lungs. So many […]

The Look of Loneliness 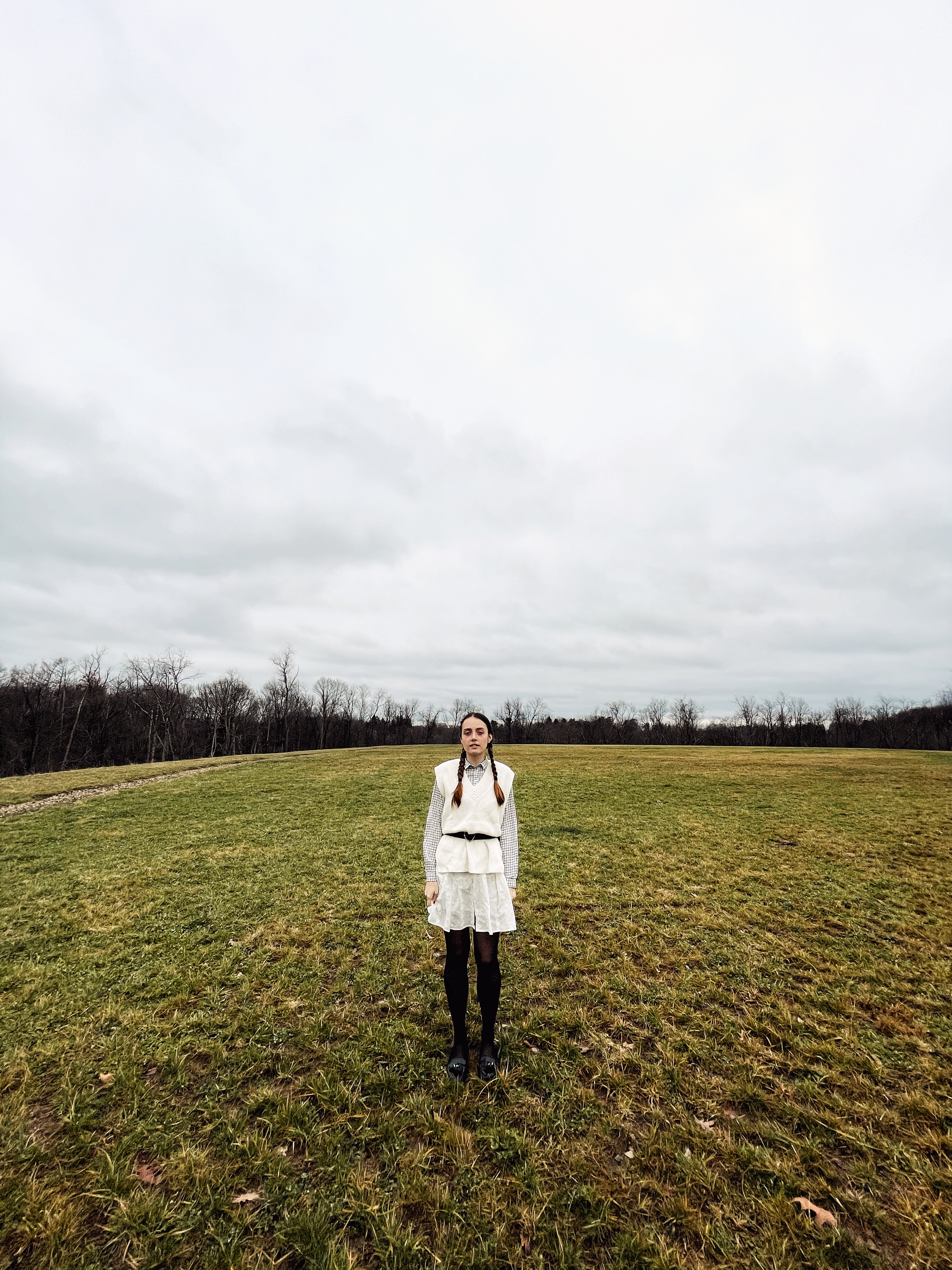 I put together an outfit and did a slightly editorial shoot to reflect what I see as the concept of loneliness. Several times in the past year, I found myself fatigued, both physically and mentally, seemingly for no reason at all. Curled up in bed all morning, eyes closed but mind awake, I was unable […] 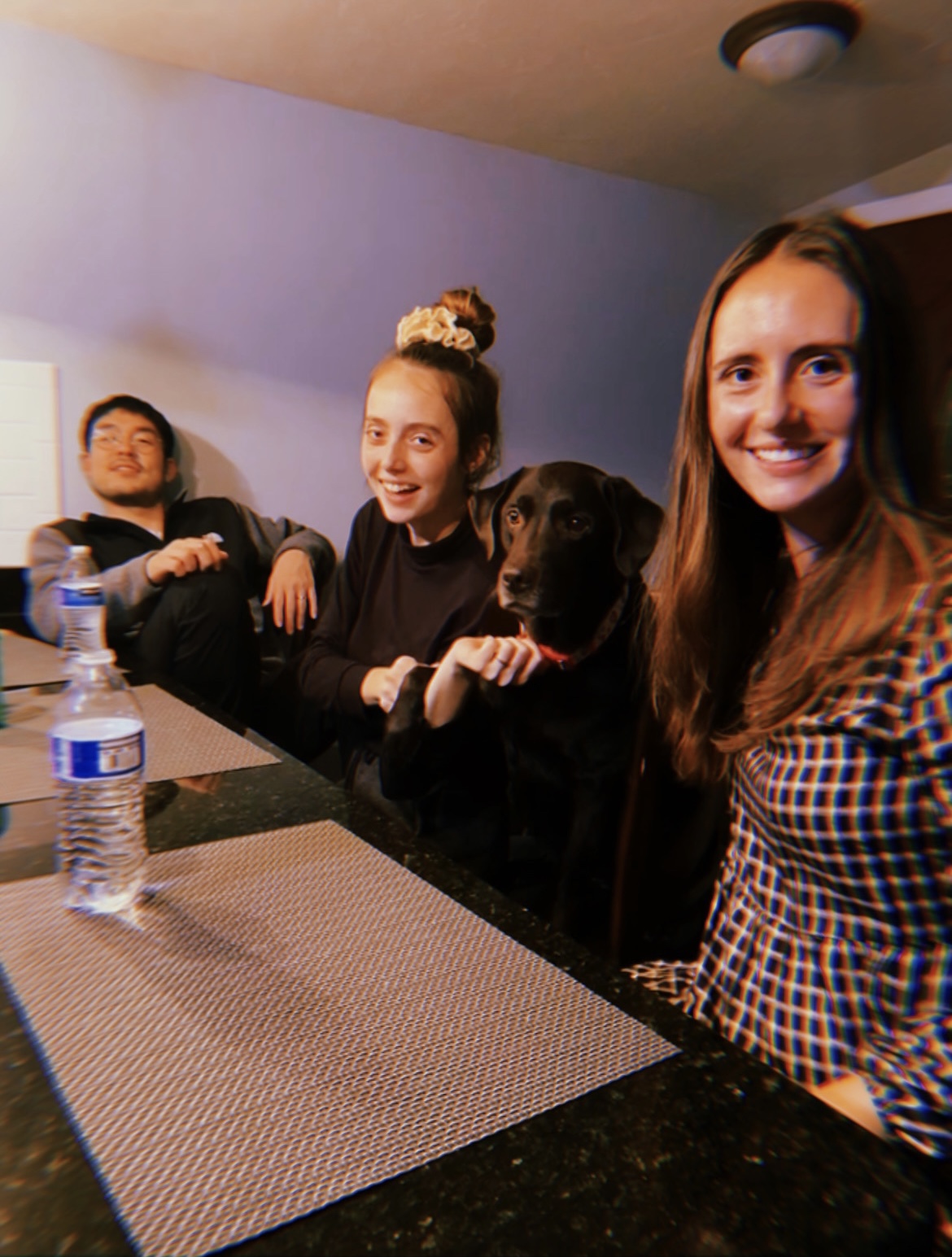 Did you know that every time I type 2020 on my phone, I accidentally type 2029? Idk what’s wrong with me sometimes… Part 5/5 🙂 Thanks again for sitting through all of this. I hope you enjoyed, and I once again wish you the most prosperous year ever in 2021 ❤

A cozy cottage for writers and book lovers

"Perfer et obdura, dolor hic tibi proderit olim. -Be patient and tough; someday this pain will be useful to you.." ~Ovid

Because we’re all recovering from something.